Winners, losers and unintended consequences in the outlook for oil product demand 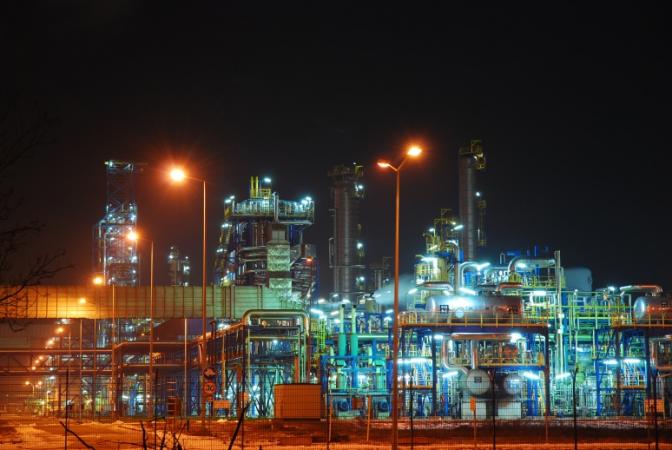 Debates about the future of oil tend to focus on total demand: how long it might continue to grow, when it might peak, and so on. But digging deeper into the prospects for individual oil products reveals a rich variety of stories of growth and decline that are also of great significance for the overall oil outlook.

Global oil consumption has been on an almost unbroken rising trend for decades, but there have already been divergent trends for individual oil products. Demand for heavy fuel oil, for example, has been declining since the 1980s, while the pace of demand growth for lighter products – such as ethane, liquefied petroleum gas (LPG) and naphtha – has been almost triple that of total oil demand.

In the World Energy Outlook’s New Policies Scenario, heavy fuel oil is set to face another blow when the International Maritime Organization (IMO)’s regulation on the sulfur content of bunker fuels comes into effect from 2020. Gasoline demand also peaks in the late 2020s as efficiency improvements, fuel switching and electrification weigh on oil demand for cars. But there are sectors where efficiency improvements or electrification are less effective in curbing oil demand, most notably the petrochemical sector.

As a result, demand for ethane, LPG and naphtha (mainly used as petrochemical feedstocks) continues to grow much faster than total oil demand in the New Policies Scenario. Robust growth in these lighter products (also known as the “top of the barrel”) means that their share of total oil consumption rises from 19% today to 23% in 2040. In contrast, the share of gasoline and heavy fuel oil declines from 33% to 28%. Refiners have coped with divergent trends for different oil products in the past, but the pace and extent of the changes envisaged in the New Policies Scenario still pose a significant test.

In the Sustainable Development Scenario, which provides an integrated strategy to meet Paris climate targets, achieve energy access, and significantly improve air quality, the share of “top of the barrel” products grows to an even greater extent. Oil demand in cars drops significantly; consumption for other transport modes – trucks, ships and aviation – also declines; but use in the petrochemical sector remains robust due to strong demand growth for chemical products in developing economies.

These changes engender a major shift in the composition of oil product demand. Demand for gasoline and diesel falls by some 50% and 35% respectively between today and 2040. Demand for kerosene and fuel oil also falls. By contrast, demand for ethane, naphtha and LPG grows by around 25%. LPG is also key in this scenario to tackle the negative health impacts associated with the traditional use of solid biomass as a cooking fuel in many developing countries. As a result, the share of lighter products rises to over 30% by 2040 in the Sustainable Development Scenario, which poses an unprecedented challenge for refiners.

Refiners are used to coping with changing demand patterns. In the past, these efforts were mainly focused on reducing heavier yields and increasing the output of gasoline and middle distillates (diesel and kerosene). The challenge in the Sustainable Development Scenario comes from a different angle: to increase the yield of lighter products and reduce the output of traditional refined products such as gasoline and diesel. Growth in the availability of natural gas liquids (NGLs) and lighter crude oil eases some of the pressure on refiners, at least in the near term. However, production of NGLs and of tight oil are both projected to fall back post-2025, while demand for lighter products continues to increase.

The mismatch between refinery configurations and product demand in the Sustainable Development Scenario would increase the incentives for refiners to deepen integration with petrochemical operations, and thereby boost the direct production of chemical products relative to transportation fuels. There are various technological pathways to increase chemical product yields beyond the levels that a refinery can typically produce (less than 10%).

Several Asian refineries have aromatics units attached to a refinery; high-severity fluid catalytic cracking technologies are being explored; while companies in China are building integrated petrochemical and refining facilities that aim to have chemical yields of around 40%. There are even more ambitious schemes being pursued in the Middle East to bypass refining operations and produce chemicals directly from crude oil.

Implications for the refining industry

The changes in product demand could also have profound implications for the business model of the refining industry. Today, refiners typically earn most of their profit from selling road transport fuels such as gasoline and diesel. Prices for petrochemical feedstocks – the main sources of demand growth – often trend lower than crude oil prices. The significant reduction in road transport fuel demand may therefore challenge this traditional pattern.

In theory, foregone profits in one area would be compensated by higher prices for products in high demand such as naphtha and LPG. While it is conceivable for the prices of these products to increase to some degree, it is hard to envisage a rise that fully compensates for the reduction in road transport fuels sales. The current interest in petrochemical integration reflects a desire to hedge against this risk by seeking out new business lines and revenue streams.

Implications for the energy transition

The IMO sulfur regulation is expected to increase demand for diesel and reduce that for high-sulfur fuel oil (HSFO) around 2020. This raises the prospect of a spike in diesel prices and a drop in HSFO prices, which could have broader economic ramifications beyond oil product markets. The regulation may provide an illustration of how changes in product demand can send ripples through the refining industry and then through the wider energy system.

Our projections highlight other possible mismatches between products demanded and refinery configurations, causing spikes or slumps in the price of individual oil products. While policy makers need to try to minimise the potential impacts of price spikes on energy consumers, they would also need to be attentive to the unintended influences of price slumps.

For example, if policy action were concentrated narrowly on the passenger car segment while other sectors – such as trucks, aviation, shipping and petrochemicals – were left relatively untouched, it would be difficult to avoid a glut of gasoline on the market once demand started to fall back. Efforts to curb oil use in passenger cars would therefore face much stronger headwinds because cheap gasoline would make efficiency improvements and electrification more difficult and expensive.

Avoiding such rebound effects would require removing fossil fuel subsidies or putting in place an offsetting tax or duty that maintains end-user prices at higher levels. Anticipating and mitigating these feedbacks from the supply side needs to be a central element of the discussion about orderly energy transitions.