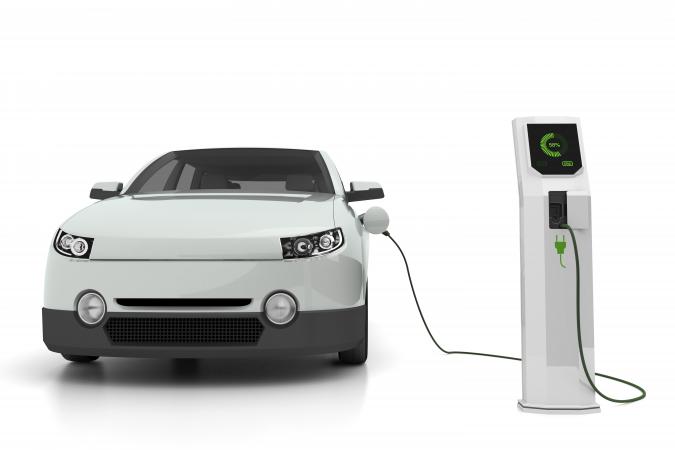 Birmingham - The United Kingdom (UK) and seven major companies today joined the EV30@30 campaign, which aims to speed up the deployment of electric vehicles and target at least 30 percent new electric vehicle sales by 2030.

The expanded membership will strengthen the collective and coordinated approach to meeting the EV30@30 objectives. With the UK, the campaign now has the support of most of the largest EV markets worldwide. The existing members are Canada, China, Finland, France, India, Japan, Mexico, the Netherlands, Norway and Sweden.

The addition of companies active on the electric mobility front is also a milestone for the initiative, which was started last year by the Clean Energy Ministerial (CEM). It represents a major step forward in the campaign’s multi-stakeholder approach and reflects the reality of the electric mobility transition that is taking place on the ground. The companies are: ChargePoint, Enel X, E.On, Fortum, Iberdrola, the Renault-Nissan-Mitsubishi Alliance and Vattenfall.

The EV30@30 campaign is organized by the CEM-Electric Vehicles Initiative (EVI), coordinated by the International Energy Agency. The campaign was launched during the 8th Clean Energy Ministerial (CEM8), held in Beijing in June 2017.

Since then, the EV30@30 campaign has succeeded in bringing together over thirty leading cities from twelve countries on the topic of urban electrification via the Pilot City Programme. This initiative acknowledges that cities are running at the forefront of the electric mobility transition and intends to demonstrate how local- and national-level cooperation brings about more successful and sensible policies.

The campaign’s target of 30 percent new electric vehicle sales by 2030 applies collectively to the CEM-EVI membership, and not to individual countries. Governments who endorse the goal show leadership by establishing policies to reach the target and engage through EVI to report progress and share best practices.

The EVI recognizes the importance of reducing carbon emissions in the transportation sector, which accounts for almost a quarter of global greenhouse gas emissions and is one of the fastest-growing energy end use sectors. It also recognizes the importance of working towards energy efficiency and the mitigation of air pollution from transportation.

These environmental, economic and social goals can be addressed through accelerated electrification of the transportation sector. In 2017, the global electric car stock reached more than 3 million vehicles, after growing exponentially for the last ten years, according to the latest Global EV Outlook report. In the report's EV30@30 scenario, where all countries together achieve the EV30@30 target on average, over 220 million electric vehicles (light-duty vehicles, buses and trucks) are deployed by 2030.

The campaign supports the market for 2-3 wheelers, electric passenger cars, light commercial vans, buses and trucks (including battery-electric, plug-in hybrid, and fuel cell vehicle types). It also works towards the deployment of charging infrastructure to supply sufficient power to the vehicles deployed. Through EV deployment progress monitoring, analytical activities and policy recommendations, the EVI also aims at providing countries with informed material for the implementation of the most effective electric mobility policies possible.

The CEM is a unique partnership of 26 members, including most of the G20 economies, representing 90% of clean energy investment and working together to accelerate the global energy transition. CEM-EVI participants include Canada, Chile, China, Finland, France, Germany, India, Japan, Mexico, the Netherlands, New Zealand, Norway, Portugal, Sweden, the United Kingdom and the United States.

“The electrification of transportation is a priority for the Government of Canada as demonstrated by our role as co-chair of the Electric Vehicle Initiative, and our ongoing support for the EV30@30 campaign. Canada looks forward to furthering this dialogue as hosts of the CEM/Mission Innovation Ministerial meetings in Vancouver in 2019, as we continue on the path to a low-carbon transportation future.”

“Clean and decarbonised transports are key to reduce air pollution, fulfill the Paris Agreement and build a carbon-neutral world by 2050. Their development is one of the priorities of the French Climate Plan and the future Orientation Law on mobilities. France will act firmly to multiply by 5 the sales of electric vehicles by 2022 while public infrastructure network will be reinforced. France also encourages international actions, through cooperation and initiatives such as EVI or the Transport decarbonisation Alliance, to meet this global challenge. ”

“The Paris Climate Agreement of 2015 gives a boost to the ambitions of the Netherlands in e-mobility, the transition to renewable energy and business opportunities in the field of charging infrastructure and the automotive sector. It’s our goal to have 100% of all new registered cars in 2030 being zero-emission cars.”

“Our investors, customers and drivers have trusted ChargePoint to deliver solutions that not only combat climate change but will usher in the adoption of cleaner, more sustainable transport. Our efforts to support climate action are a byproduct of a decades long effort to build a successful business that has resulted in a comprehensive portfolio of technologies that enable people around the world to drive a better way.”

“Joining this initiative is of paramount importance to raise awareness and consensus about e-mobility’s benefits from an environmental, industrial and energy efficiency perspective. With this aim, Enel X is supportive of every private and public effort that further boosts EV uptake and that sets out concrete plans for the business, as well as becoming a driver of internal growth through the adoption of concrete initiatives that promote the e-mobility culture among our employees.”

“Today, road transport accounts for more than 40% of global oil demand. At Fortum we strongly believe that the electrification of transport is one of the crucial elements in limiting air pollution and preventing further climate change. The ultimate need to improve air quality and limit emissions, as well as reduce noise caused by vehicles, is increasingly pressing in most urban areas. We are helping to tackle the challenge by offering customers convenient, affordable and accessible services in electromobility, and by developing cloud services and infrastructure for chargers around Europe.”

“Iberdrola strongly supports actions towards a sustainable energy model. The campaign EV30@30 encourages the transition to an electric transport sector which, together with the increase in electricity coming from renewable energies, will contribute to fight against climate change, reduce pollution and increase energy efficiency. This will also produce social and economic benefits.”

“Vattenfall is a leading European energy company and to us the climate issue is central and strongly influences our strategic direction. Vattenfall’s goal is to enable a fossil free society and one important action we take is to build the largest charging network in North Western Europe and of course we are also electrifying our own car fleet. We hope this will inspire others to act and that we together can achieve the EV30@30 target.”

“With a large number of vehicles on the road registered to companies, we know business has an instrumental role to play in driving the transition to electric transport. The Climate Group’s EV100 initiative brings together leading companies choosing electric vehicles for their fleets and installing charging infrastructure at their premises by 2030. Governments and businesses must take action together, joining forces in a shared ambition for electric transport and sending a clear market signal to accelerate a roll-out of electric vehicles.”