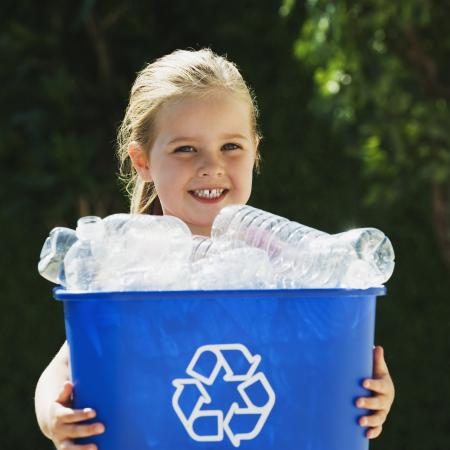 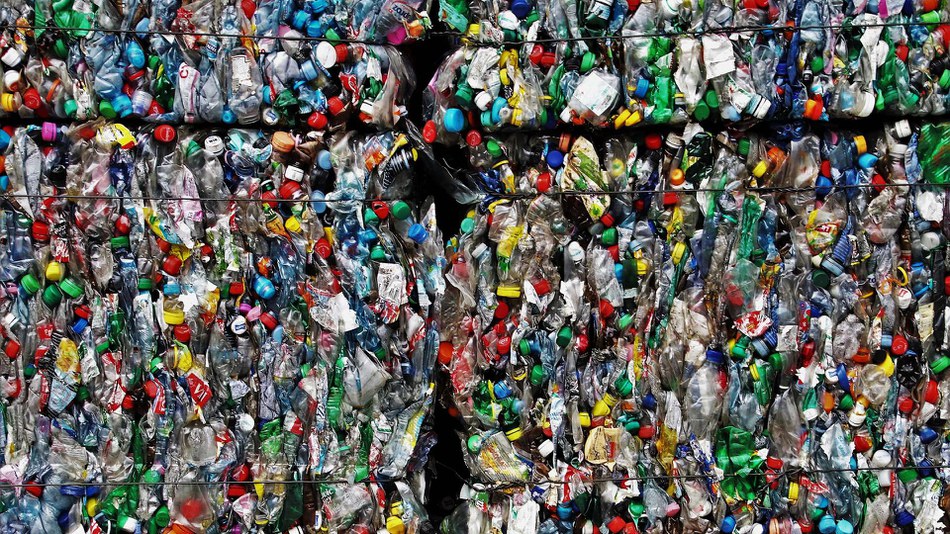 European Union Member States face a dilemma on how to deal with the millions of tonnes of waste generated in Europe every year, amid a growing number of bans and tougher international rules on the export of certain waste to other countries. There is growing concern over the impact of such waste on the environment and our health, as well as the impacts of increased resource extraction, production and consumption. Waste generation also contributes to air, water and soil pollution as well as climate change and biodiversity loss.

The two EEA briefings provide an assessment of the role of plastic waste export in the circular economy and a snapshot of resource losses from waste management – the latter looking specifically at waste from electrical and electronic equipment, end-of-life batteries, plus textile and plastic waste.

Reducing plastic waste exports is an opportunity to reuse and recycle

In early 2019, the EU exported about 150 000 tonnes of plastic waste per month. This is around half the amount exported in 2015 and 2016, when exports went primarily to China and Hong Kong. However, new bans and restrictions on imports by China, combined with a number of banned types of plastic being added to a United Nations convention, are forcing the EU and countries to improve their own capacities to handle the waste at home. These bans and restrictions and a shrinking international market for plastics will likely increase landfilling and incineration in the short term, but should also trigger investments in capacities and systems to increase recycling and reuse of plastic waste.

The EEA briefing on exports of plastic waste shows there is huge potential to increase reuse and recycling in the coming years. Reusing and recycling plastic waste could provide a large amount of material resources for local manufacturers. The briefing notes that the EU has already taken steps to improve the management of plastic production, use and waste, including the European strategy for plastics in the circular economy, the EU’s Single Use Plastics Directive, and new, more ambitious targets for plastic recycling included in the EU’s updated waste directives of 2018. 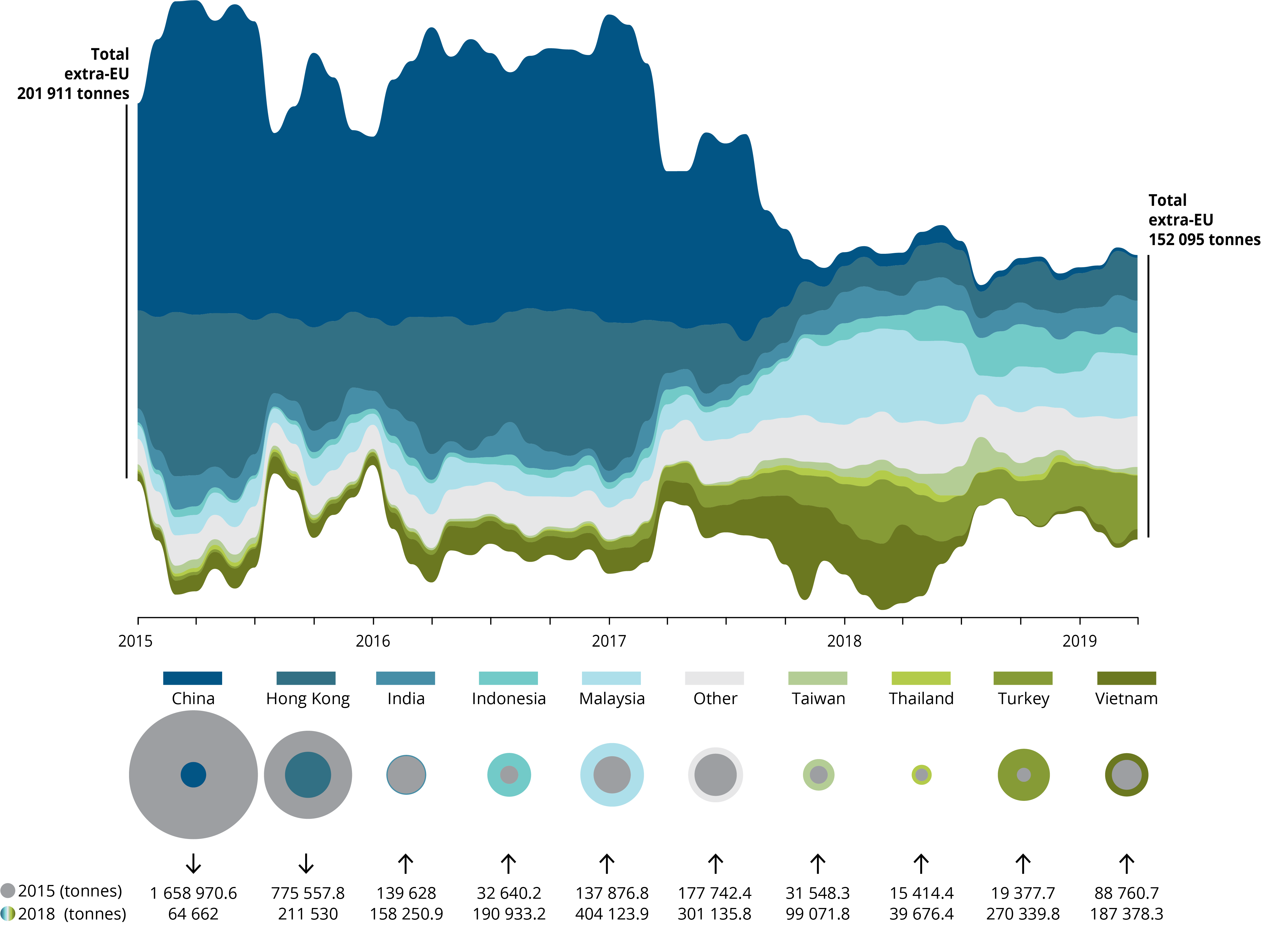 Progress is being made in Europe to bolster an already ambitious waste policy and to establish a solid circular economy framework. However, the EU is still losing out on opportunities to reuse a significant amount of valuable resources currently being lost through inefficient waste management practices.

The EEA briefing on resources and waste management shows that tens of millions of tonnes of plastic waste are generated in the EU every year. Alongside plastics, millions more of tonnes of electronic waste – like old computers, cameras or TVs, and textiles (mostly clothing) are also regularly thrown away with little to no recycling or repurposing. Poor or inadequate collection, reuse and recycling of these waste streams plus low consumer awareness of the waste problem all need addressing in order to improve the situation. The presence of hazardous substances can also hamper recycling and hence opportunities to move to increased circularity, as do products not properly designed for recycling. 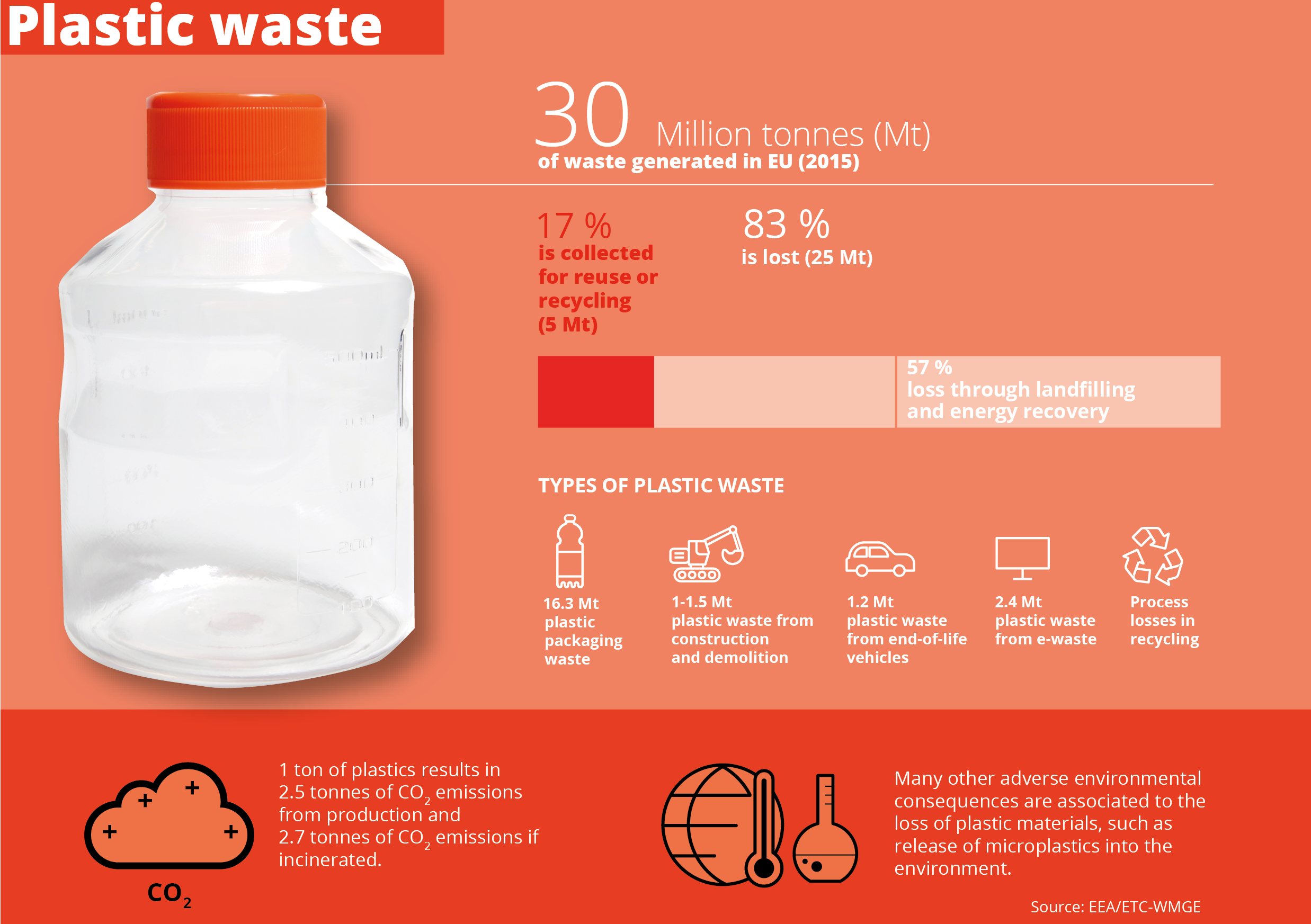