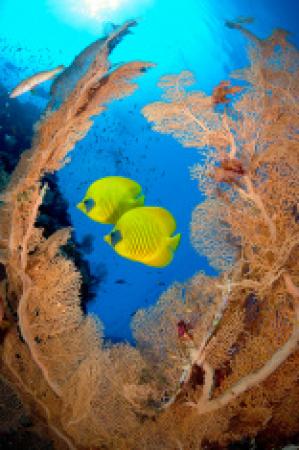 Europe´s seas are under pressure. Marine protected areas (MPAs) can act as a key management measures to safeguard marine ecosystems and biodiversity so to maintain their potential to deliver key services to our societies and economies. European countries have been extending marine protected areas across Europe’s seas. More effective management of these marine protected areas and a convergent implementation of related legislation now constitute important challenges. A new report by the European Environment Agency assesses the progress made and concludes with perspectives for the future.

The regional seas surrounding Europe include vast, open oceans as well as almost entirely landlocked seas, covering 5.7 million km2. They are home to a diverse range of habitats, sustaining thousands of species of plants and animals. This biodiversity is the foundation for marine ecosystems and their capacity to provide us services, such as climate regulation, sea food, or leisure activities like diving and whale watching. However, human activities at sea as well as on land are impacting Europe’s seas and putting pressure on marine species: damage and loss of habitats, extraction of resources, introduction of non-indigenous species, pollution and the effects of climatic change. The cumulative effect of these pressures is damaging the state of marine ecosystems. To safeguard biodiversity in areas vital for the health of the seas and to address increasingly complex threats to marine ecosystems, EU Member States have designated networks of marine protected areas.

Marine protected areas (MPAs) are in general defined as geographically distinct zones for which conservation objectives can be set and the management of which should be based on an ecosystem-based approach. They are often established to strike a balance between ecological constraints and economic activity. MPA networks are a collection of individual MPAs operating cooperatively and are designed to meet objectives that cannot be achieved by individual MPAs alone. An MPA network needs to be, among others, representative, i.e. protecting the range of biodiversity found in the seas.

According to the report, Europe needs to implement a more holistic approach to MPA design, management and evaluation. With a better implementation of existing legislation across Europe’s seas, as well as more effective management, MPA networks could play a crucial role in reversing systemic changes observed in Europe’s seas. They can help halt biodiversity loss, achieve clean, healthy and biologically diverse seas, and secure sustainability.

The EEA has recently published a comprehensive study on Europe’s seas. The ‘State of Europe’s seas’ report examines whether the EU is meeting its policy goals for the quality of the marine environment. The report shows that, despite some improvements, the way we use our seas remains unsustainable and threatens not only the productivity of our seas, but also our wellbeing. Human activities and climate change are increasingly putting a number of pressures on Europe’s seas, the cumulative effects of which threaten the functioning and resilience of marine ecosystems.

The EEA will also publish a technical report further documenting the methodology and data used for the spatial analysis of EU marine protected areas later in 2015.