Premature deaths due to air pollution continue to fall in the EU, more efforts needed to deliver a toxic-free environment 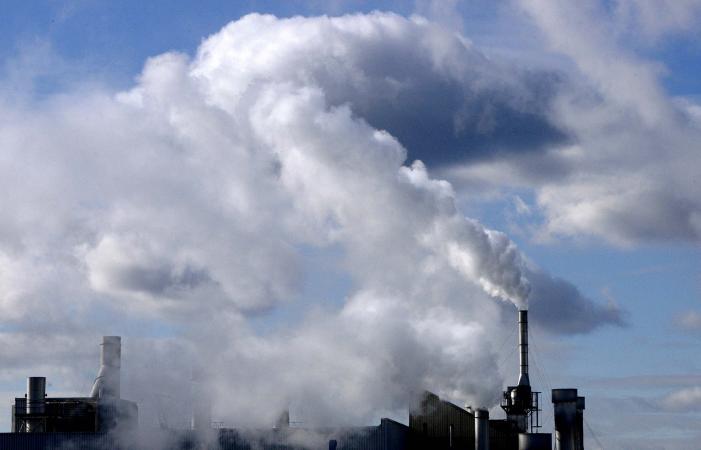 Europe’s air quality keeps improving and the number of people dying early or suffering illness due to air pollution is in decline. However, according to European Environment Agency’s (EEA) analysis, published today, air pollution is still the largest environmental health risk in Europe, and more ambitious measures are needed to meet the health-based guidelines of the World Health Organization (WHO).

The EEA has published its full ‘Air quality in Europe 2022’ assessment, presenting the status of air quality in Europe, assessing the impacts of air pollution on health and ecosystems, and identifying sources of emissions to air.

According to the EEA analysis, air pollution continues to pose significant risks to health in Europe, causing chronic illness and premature deaths. In 2020, 96% of the EU’s urban population was exposed to concentrations of fine particulate matter (PM2.5) above the WHO guideline level of 5 microgrammes per cubic metre (µg/m3) of air. Air pollution also harms biodiversity and damages agricultural crops and forests, causing major economic losses.

At least 238,000 early deaths from fine particles in the EU

Poor air quality, especially in urban areas, continues to affect the health of European citizens. According to the EEA’s latest estimates, at least 238,000 people died prematurely in the EU in 2020 due to exposure to PM2.5 pollution above the WHO guideline level of 5 µg/m3. Nitrogen dioxide pollution led to 49,000, and exposure to ozone to 24,000 early deaths in the EU.

As well as premature death, air pollution causes ill health and adds significant costs on the health care sector. For example, in 2019, exposure to PM2.5 led to 175,702 years lived with disability (YLDs) due to chronic obstructive pulmonary disease across 30 European countries.

From 2005 to 2020, the number of early deaths from exposure to PM2.5 fell by 45% in the EU. If this trend continues, the EU is expected to deliver on the zero pollution action plan target of a 55% reduction in premature deaths by 2030.

Nevertheless, further efforts will be needed to meet the zero pollution vision for 2050 of reducing air pollution to levels no longer considered harmful to health.

Air pollution also harms land and water ecosystems. In 2020, damaging levels of nitrogen deposition were seen in 75% of the total EU ecosystem area. This represents a 12% reduction since 2005 while the EU zero pollution action plan’s target is to reach a 25% reduction by 2030.

According to the EEA analysis, 59% of forested areas and in 6% agricultural land were exposed to damaging levels of ground-level ozone in Europe in 2020. Economic losses due to the impacts of ground-level ozone on wheat yields totalled about EUR 1.4 billion across 35 European countries in 2019, with the biggest losses seen in France, Germany, Poland, and Türkiye.

The main source of particulate matter pollution in Europe is from fuel combustion in the residential, commercial and institutional sector, the EEA analysis shows. These emissions are mainly linked to burning solid fuels for the heating of buildings. In 2020, the sector was responsible for 44% of PM10 and 58% PM2.5 emissions. Other significant sources of these pollutants include industry, road transport, and agriculture.

Agriculture was also responsible for the vast majority (94%) of ammonia emissions and more than half (56%) of methane emissions. For nitrogen oxides, the main sources were road transport (37%), agriculture (19%), and industry (15%).

Overall, emissions of all key air pollutants in the EU continued to decline in 2020. This trend has continued since 2005 despite the considerable increase in the EU gross domestic product (GDP) over the same period, the EEA analysis notes.

The European Green Deal aims to improve air quality and to align EU air quality standards more closely with the updated WHO air quality guidelines. The EU zero pollution action plan sets a vision for 2050 to reduce air, water and soil pollution to levels no longer considered harmful to health and natural ecosystems.

In October 2022, the European Commission proposed a revision of the Ambient Air Quality Directive, which includes stricter thresholds for pollution, enhanced right to clean air – including potential provisions for citizens to claim compensation for health damage due to air pollution – strengthened rules for air quality monitoring, and better public information.

Due to the change in methodology, the estimated number of deaths is lower than before and the EEA has updated its earlier estimates to monitor consistently progress and relative change toward the zero pollution action plan goals.

Some studies indicate that health impacts, including early deaths, can occur already at low levels of air pollution. The EEA has estimated those considerably higher health impacts in a specific ‘sensitivity analysis’, summarised in the health impacts briefing.