No gold medal for Europe in renewables without more ambitious policies 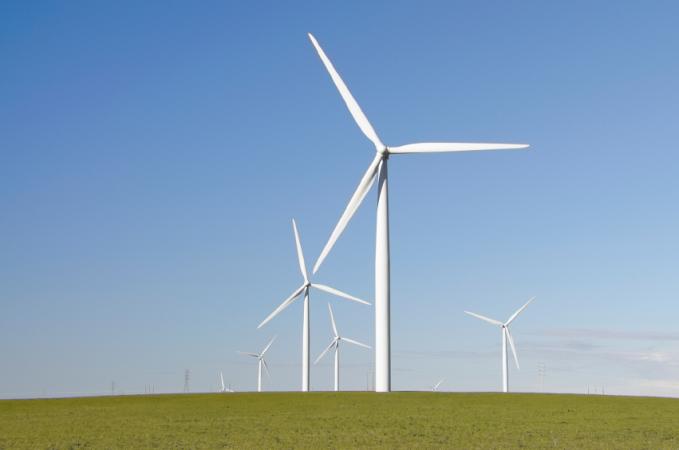 Europe number 1 in renewables? Successful energy transition? Not without more ambitious policies, innovation and electrification, according to a new WindEurope report.

‘Making Transition Work’ outlines a number of specific policy recommendations for Europe’s decision makers to ensure the EU meets its energy and climate goals over the next two decades.

First, the EU should raise its ambition to at least 30% of renewables in final energy consumption by 2030. Second we need continued innovation to reduce costs and support the integration of renewables in the energy system. Third, electricity markets need further reform: to make them fit for more renewables and provide the necessary conditions for investment. And we need to push the electrification of heating, cooling and transport with power playing an important role in reaching the European climate and energy targets.

Giles Dickson, CEO of WindEurope, said: “Wind energy is no longer a nice-to-have add-on in the power mix. It’s a mainstream and essential part of electricity supply, now able to meet up to 12% of Europe’s power needs. It has also become a mature and significant industry in its own right, now providing 330,000 jobs and billions of euros of European exports.”

“With all the talk about the transition to low-carbon, things should be looking good for the wind industry in Europe. But they’re not. Government policy on energy across Europe is less clear and ambitious than it was. Only 7 out of 28 EU Member States have targets and policies in place for renewables beyond 2020. We have dysfunctional electricity markets. The transition to auctions has been less smooth than it should have been. And we’re lacking long-term signals for investment.

“New wind installations were down 9% in the first half of 2016 year-on-year. The market for new onshore wind is increasingly concentrated in a small number of countries. Germany accounts for half of new investments even with declining numbers. France is OK for now, but the UK has put the brakes on onshore wind. Spain remains stuck in neutral. And most of Central and Eastern Europe has become a no-go zone for wind investments. It shouldn’t be like this. Energy transition means investing in new renewable power plants. Onshore wind is not just renewable, it’s the cheapest form of new power generation available today. It’s increasingly flexible. And it doesn’t take long to build.”

The outlook for offshore wind in Europe is clearer, attracting €14bn of new investments in the first half of 2016. And costs are falling rapidly. In June, the industry committed to deliver €80/MWh by 2025: already since then two projects have come in at levels below that. Further cost reduction requires visibility on future market volumes but many countries are yet to provide long-term plans.

Dickson said: “Europe is far from being no. 1 on renewables. China beats us on total volume and new installations, India on policy ambition, and the US in many areas of technology, especially on grid integration. We still have a competitive industry that’s winning orders overseas. But we will lose that competitiveness if we don’t have a strong domestic market.”

What the WindEurope Summit 2016 Ambassadors said:

“The EU is committing to new renewable targets by 2030 but the key issue is still to understand how to deliver. As things stand, Europe is no longer No.1 in renewables, but the upcoming period will be pivotal if Europe is to grasp the chance to regain the lost ground, increasing renewables’ share in the energy mix and moving towards a higher proportion of energy consumption from electricity due to its higher levels of sustainability and efficiency compared to other energy carriers. First-class technologies are available in Europe but to really have an impact policy must come along. Considering the fact that we are living in a period of disruptive innovation, which is bringing both threats but also opportunities, you can easily understand that all the ingredients are there in Europe for both a failure or – hopefully – a big success. I think the time has come for institutions and the industry to embrace the transition and make it work.”

“Climate change is one of the key global challenges in the 21st century. The solution lies in action, innovation and scale. We want to be part of the solution and we believe that offshore wind is one of the answers. Offshore wind has made significant cost reductions thanks to bold and visionary political decisions in Europe, continued innovation, industrialisation and scale. And this has been achieved through a dedicated industry effort, with only 11GW of capacity rolled out in just a few years. That shows the great potential of offshore wind globally.”

“The report shows that technological leadership is the basis of the competiveness of the European wind industry. Onshore wind is already one the cheapest sources of energy. At Nordex, we constantly strive to reduce the cost of energy. This requires more efficient turbines, but also a higher degree of industrialisation within our industry. To remain competitive and innovative we need stable frameworks, and Europe can do a lot to assist on this front.”

“In an energy system based on renewables, intelligent networking of flexible electricity producers and consumers as well as the infrastructure is becoming more important. If we, the renewables, claim to be system-relevant we should also be able to perform. We must set our wits to storage systems, intelligent grids and data streams to bring about a renewable energy system that ensures security of supply and grid stability. We must demonstrate that we are able to deliver closed systems.”