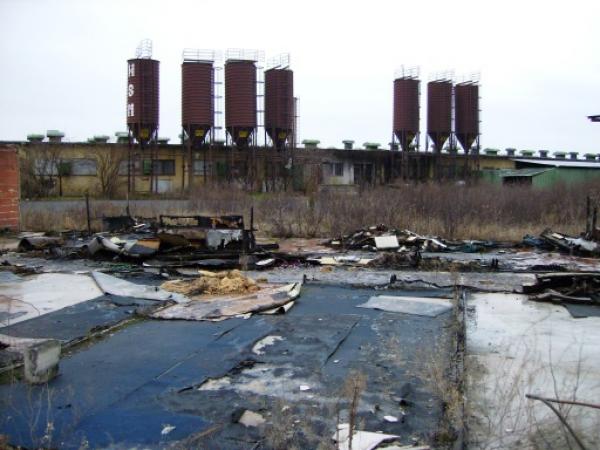 Land degradation and taking land for urban development threaten critical ecosystem services, including provision of food and water, climate regulation and recreation. A new report, by the European Environment Agency (EEA), shows how land recycling, such as reusing neglected sites and turning roads or parking lots to green spaces or residential areas, can have positive impacts on the environment and support Europe’s transition towards a circular and green economy.

The EEA report ‘Land recycling in Europe’  presents approaches to measuring the extent and impacts of redevelopment and densification of previously developed land, either with direct economic aim, such as building housing, or with the aim of upgrading its ecological status, such as creating green urban areas or cleaning up soil pollution.

On average, land recycling has increased in Europe but the levels remain low compared to land take, the report shows. Based on Copernicus satellite data, land recycling as a share of total land consumption across EEA member and cooperating countries (EEA-39) has increased from about 2.0-2.2 % in 1990-2000 to about 2.7-2.9 % in 2006-2012. However, the rates vary considerably across countries.

Land is a finite resource with many demands, and land take and soil sealing have long been a cause for environmental concern. From 2006 to 2012, taking land for development in Europe (EEA-39) continued at an average annual rate of 1065 km2. However, land in urban areas is sealed and reused in small parcels and often remain undetectable by land take monitoring. Analysis of land recycling and soil sealing needs more detailed data. For example, measured by high resolution imperviousness data, during 2006-2009 soil sealing increased at an average annual rate of 1454 km2.

When soil is covered with an impervious surface, such as tarmac, the functioning of the ecosystem is disrupted, impacting nutrient and water cycles as well as the soil’s ability to supply ecosystem services, including everything from provision of food and water to climate regulation and space for recreation.

By recycling land, the report showcases, it is possible to reduce new land take and also to improve the ecological status of previously developed land. Land recycling, hence, can be key to maintaining and developing green spaces that are important for ecosystem services. Recycling land can also make an important contribution to achieving a circular economy, in which maximum value is derived from limited resources, in this case land.

The report also compares different models of land recycling based on a life-cycle assessment of the environmental impacts of developing and using a land area. The assessment shows that bringing previously developed land back to more efficient use or improving its ecological state have greater positive impacts than turning, for example, agricultural land into urban development.