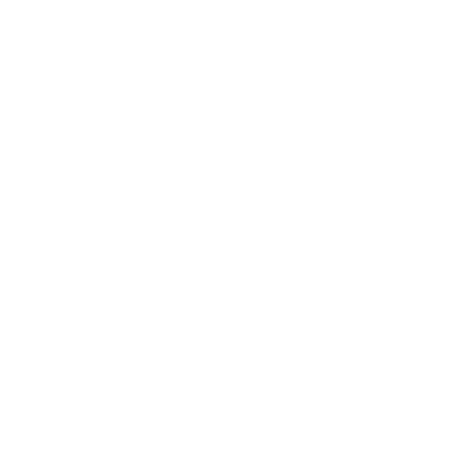 STOCKHOLM, 27 September - Human influence on the climate system is clear. This is evident in most regions of the globe, a new assessment by the Intergovernmental Panel on Climate Change (IPCC) concludes.

It is extremely likely that human influence has been the dominant cause of the observed warming since the mid-20th century. The evidence for this has grown, thanks to more and better observations, an improved understanding of the climate system response and improved climate models.

Warming in the climate system is unequivocal and since 1950 many changes have been observed throughout the climate system that are unprecedented over decades to millennia. Each of the last three decades has been successively warmer at the Earth’s surface than any preceding decade since 1850, reports the Summary for Policymakers of the IPCC Working Group I assessment report, Climate Change 2013: the Physical Science Basis, approved on Friday by member governments of the IPCC in Stockholm, Sweden.

"Observations of changes in the climate system are based on multiple lines of independent evidence. Our assessment of the science finds that the atmosphere and ocean have warmed, the amount of snow and ice has diminished, the global mean sea level has risen and the concentrations of greenhouse gases have increased," said Qin Dahe, Co-Chair of IPCC Working Group I.

"Global surface temperature change for the end of the 21st century is projected to be likely to exceed 1.5°C relative to 1850 to 1900 in all but the lowest scenario considered, and likely to exceed 2°C for the two high scenarios," said Co-Chair Thomas Stocker. "Heat waves are very likely to occur more frequently and last longer. As the Earth warms, we expect to see currently wet regions receiving more rainfall, and dry regions receiving less, although there will be exceptions," he added.

Projections of climate change are based on a new set of four scenarios of future greenhouse gas concentrations and aerosols, spanning a wide range of possible futures. The Working Group I report assessed global and regional-scale climate change for the early, mid-, and later 21st century.

"As the ocean warms, and glaciers and ice sheets reduce, global mean sea level will continue to rise, but at a faster rate than we have experienced over the past 40 years," said Co-Chair Qin Dahe. The report finds with high confidence that ocean warming dominates the increase in energy stored in the climate system, accounting for more than 90% of the energy accumulated between 1971 and 2010.

Co-Chair Thomas Stocker concluded: "As a result of our past, present and expected future emissions of CO2, we are committed to climate change, and effects will persist for many centuries even if emissions of CO2 stop."

Rajendra Pachauri, Chair of the IPCC, said: "This Working Group I Summary for Policymakers provides important insights into the scientific basis of climate change. It provides a firm foundation for considerations of the impacts of climate change on human and natural systems and ways to meet the challenge of climate change." These are among the aspects assessed in the contributions of Working Group II and Working Group III to be released in March and April 2014. The IPCC Fifth Assessment Report cycle concludes with the publication of its Synthesis Report in October 2014.

"I would like to thank the Co-Chairs of Working Group I and the hundreds of scientists and experts who served as authors and review editors for producing a comprehensive and scientifically robust summary. I also express my thanks to the more than one thousand expert reviewers worldwide for contributing their expertise in preparation of this assessment," said IPCC Chair Pachauri.

The Summary for Policymakers of the Working Group I contribution to the IPCC Fifth Assessment Report (WGI AR5) is available at www.climatechange2013.org or www.ipcc.ch.

At the 28th Session of the IPCC held in April 2008, the members of the IPCC decided to prepare a Fifth Assessment Report (AR5). A Scoping Meeting was convened in July 2009 to develop the scope and outline of the AR5. The resulting outlines for the three Working Group contributions to the AR5 were approved at the 31st Session of the IPCC in October 2009.

The Summary for Policymakers of the IPCC WGI AR5 was approved at the Twelfth Session of IPCC Working Group I meeting in Stockholm, Sweden, 23 to 26 September 2013 and was released on 27 September.

The Final Draft of the Working Group I report (version distributed to governments on 7 June 2013), including the Technical Summary, 14 chapters and an Atlas of Global and Regional Climate Projections, will be released online in unedited form on Monday 30 September. Following copy-editing, layout, final checks for errors, and adjustments for changes in the Summary for Policymakers, the full report of Working Group I will be published online in January 2014 and in book form by Cambridge University Press a few months later.

The Working Group I assessment comprises some 2,500 pages of text and draws on millions of observations and over 2 million gigabytes of numerical data from climate model simulations. Over 9,200 scientific publications are cited, more than three quarters of which have been published since the last IPCC assessment in 2007.

In this IPCC assessment report, specific terms are used to indicate the assessed likelihood of an outcome or a result. For those terms used above: virtually certain means 99–100% probability, extremely likely: 95–100%, very likely: 90–100%, likely: 66–100%.