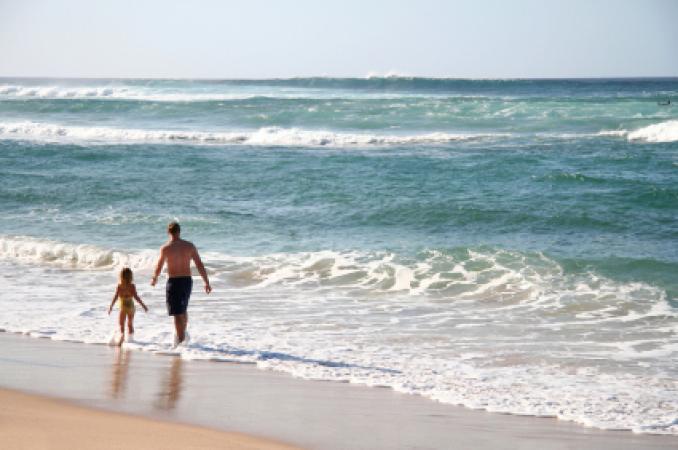 The European Union makes 23 new commitments at the 5th edition of Our Ocean conference, in Bali, Indonesia for better governance of the oceans.

The European Commission has announced €300 million of EU-funded initiatives, which include projects to tackle plastic pollution, make blue economy more sustainable and improve research and marine surveillance. This important contribution comes on top of the over €550 million committed by the European Union, when it hosted the Our Ocean conference last year in Malta.

High Representative/ Vice-President Federica Mogherini said: "The state of our oceans calls for determined global action. With 23 new commitments, the European Union stays engaged to ensure safe, secure, clean and sustainably managed oceans. No country can succeed alone in this endeavour. It requires determination, consistency and partnerships, within and outside our European Union, and it is in this spirit that today we renew the commitment to protect Our Oceans."

Commissioner Karmenu Vella, responsible for Environment, Maritime affairs and Fisheries said: "We need the oceans and the oceans need us. We have to urgently reduce marine litter and other sources of pollution, halt illegal fishing and support fragile marine ecosystems. We have to develop our blue economy - create sustainable jobs and growth - supported by cutting-edge research and new technologies. It is for this reason that we are making these commitments."

23 new commitments for Our Ocean

During the Our Ocean conference in Bali this year, the EU has made 23 new commitments for improving the condition of our oceans and tapping their potential. These include €100 million for Research and Development (R&D) projects to tackle plastic pollution and €82 million for marine and maritime research, such as ecosystem assessments, seafloor mapping and innovative aquaculture systems. The new EU action also includes a €18.4 million investment to make the European blue economy – the economic sectors that rely on the ocean and its resources – more sustainable.

The EU's showpiece Earth observation programme Copernicus features prominently in the list of new commitments. The programme's support will be enlarged with another €12.9 million for maritime security and for research dedicated to coastal environmental services, in addition to the €27 million Copernicus funds devoted at Our Ocean 2017 conference. With its Maritime Surveillance System Copernicus has significantly underpinned the EU commitments to reinforce maritime security and law enforcement.

Commissioner for the Internal Market, Industry, Entrepreneurship and SMEs Elżbieta Bieńkowska said: "Earth observation helps citizens around the globe to fight climate change, monitor the blue economy and marine pollution or to manage natural disasters. I am proud to call Copernicus a flagship EU space project. It successfully and impressively supports Member States in keeping the ocean safe, clean and environmentally stable."

The EU is taking action at home but also internationally. As one of the commitments, the European Commission is joining forces with United Nations Environment Programme and other international partners to launch a coalition of aquariums to fight plastic pollution. Marine litter in South-East Asia, notably China, Indonesia, Japan, the Philippines, Singapore, Thailand and Vietnam, will be fought with a €9 million EU-funded project. Another €7 million will go towards protection of marine ecosystems in the region.

The 2017 Our Ocean conference in Malta was a game-changer, mobilising funding and ocean action at an unprecedented scale.The European Unionhas already delivered on almost half of EU's 35 commitments made at the last year's conference, equalling €300 million.

The EU is now working with Indonesia and other future hosts to keep the momentum going for cleaner and safer seas.

Every year, the Our Ocean conference takes place attracting tangible commitments from governments, companies and non-governmental organisations. Previous conferences, hosted by the governments of Malta (2017), the United States (2014, 2016) and Chile (2015), have seen a wide range of commitments and billions of euros pledged.

The commitments are only one of the ways by which the European Commission works to accelerate the shift towards circular economy. On 16 January 2018 it adopted the first-ever Europe-wide strategy on plastics. On 28 May, new EU-wide rules were proposed to target the 10 single-use plastic products most often found on Europe's beaches and seas, as well as lost and abandoned fishing gear, a proposal that was endorsed by the European Parliament on 23 October. This was accompanied by the awareness-raising campaign "Ready to change" actively supported by many aquariums.