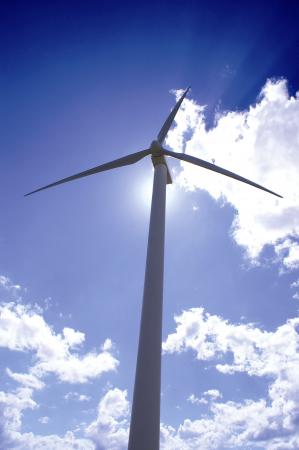 The European Union (EU) and most of its Member States are on track to reach their 2020 targets on renewable energy and energy efficiency. However, recent increases in energy consumption are slowing down progress, according to a new analysis by the European Environment Agency (EEA). The EEA analysis calls for Member States to keep energy consumption in check, particularly in times of economic growth, and to accelerate the decarbonisation of the EU energy system.

The EEA's new assessment consists of an annual analysis on the EU's progress towards its targets on renewables and energy efficiency. In this context, the EEA assessment provides input to the European Commission's third report on the State of the Energy Union, also released today. The EEA analysis is supported by updated climate and energy country profiles, which provide detailed information per Member State.

“Thanks to earlier efforts, the EU is on track to reach its 2020 targets. Our assessment shows that this is not yet the case for the 2030 objectives. Given the time lag between planning and results, now is the time to start working towards 2030,” said Hans Bruyninckx, EEA Executive Director. “In 2018, Member States need to come up with robust and ambitious national energy and climate plans, to channel investments and innovation towards an efficient, decarbonised EU energy system, and to address the lack of progress in the transport sector.”

The new EEA analysis and the country profiles complete the annual 'Trends and Projections in Europe: Tracking progress towards Europe's climate and energy targets' report package. The first part of the package, published earlier this month, showed that greenhouse gas emissions in the EU decreased by 0.7 % in 2016, to 23 % below 1990 levels, keeping the EU firmly on track to meet the 20 % reduction target by 2020.

The share of renewables in the EU energy mix continues to grow, reaching an estimated 16.9 % share of the EU's gross final energy consumption in 2016, according to preliminary EEA data. The EU's overall pace of deploying renewables since 2005 would be sufficient for achieving the target of 20 % share of renewable energy consumption by 2020, and for increasing this share to at least 27 % by 2030. However, the growth in renewable energy in 2015 and 2016 was slower than in previous years.

Based on the latest official data from 2015, 25 out of 28 EU Member States — all except France, Luxembourg and the Netherlands — were on track to reach their individual targets on renewable energy by 2020. However, the trajectories for meeting the national targets get steeper towards 2020 and market barriers persist in several Member States.

In the transport sector, there has not been sufficient progress towards the 10 % target for renewables by 2020, the report notes. According to preliminary estimates, the share of renewables in EU transport was 7.1 % in 2016.

In 2015, 23 Member States were on track to meet their individual 2020 targets on primary energy consumption, a measure for energy efficiency.

The EEA's preliminary data show that primary energy consumption in the EU increased in 2016 for the second consecutive year, by about 1.2 % compared with 2015. This back-to-back increase followed a large drop in 2014, due to an exceptionally warm winter that resulted in low energy demand for heating.

The EEA analysis shows that the EU made quick progress on energy efficiency from 2005 to 2014. However, the recent increase in energy consumption, and the fact that the 28 national targets don't add up to the overall EU 2020 target mean that Member States must step up their current efforts to meet the collective EU objectives of 20 % energy savings by 2020, and 27 % by 2030.

The European Commission proposed a new legislation package last year to reach the EU's climate and energy objectives for 2030. The package is currently under negotiation between Member States and at the European Parliament, and is expected to be adopted in 2018.

The 2017 edition of the annual European Environment Agency report, 'Trends and projections in Europe – tracking progress towards Europe's climate and energy targets', provides an updated assessment of the progress of the European Union and European countries towards their climate mitigation and energy targets. The report is based mainly on national data on greenhouse gas emissions, renewable energy and energy consumption for 2015, preliminary ('approximated' or 'proxy') data for 2016, and projections reported by EU Member States concerning expected trends in emissions until 2035.