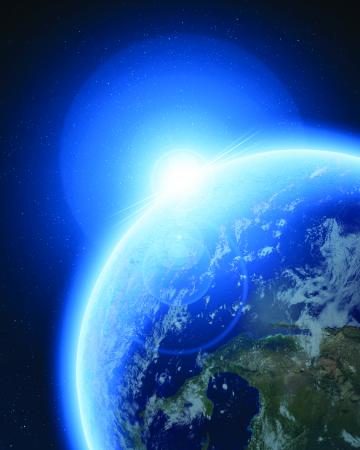 Imports, exports and the overall consumption of chemicals harming the ozone layer decreased in the European Union in 2016, according to latest annual report on ozone-depleting substances, published by the European Environment Agency (EEA). It shows a continuous trend in the phasing out of such chemicals over the last decade.

Phasing out the ozone-depleting substances is key to protecting the ozone layer in the Earth's atmosphere. The ozone layer serves an important function in protecting life on Earth as it absorbs sun's ultraviolet radiation. This radiation is harmful for the environment and humans, causing for example skin cancer.

The EEA report is published in advance of the International Day for the Preservation of the Ozone Layer, which is marked every year on 16 September.

In 1989, the Montreal Protocol on Substances that Deplete the Ozone Layer entered into force. Its objective is to protect the stratospheric ozone layer by phasing out the production of ozone-depleting substances. The protocol covers over 200 individual substances with a high ozone-depleting potential, including chlorofluorocarbons (CFCs), halons, carbon tetrachloride (CTC), 1,1,1-Trichloroethane (TCA), hydrochlorofluorocarbons (HCFCs), hydrobromofluorocarbons (HBFCs), bromochloromethane (BCM) and methyl bromide (MB), all of which are referred to as 'controlled substances'.

The Montreal Protocol was amended to regulate hydrofluorocarbons (HFCs) in October 2016, in Kigali, Rwanda. Both developed and developing countries have taken on mandatory commitments to reduce production and consumption of HFCs in the next three decades.

Within the EU, ozone-depleting substances are covered by Regulation (EC) No 1005/2009 (known as the ODS Regulation). The EU ODS Regulation is more stringent than the rules of the Montreal Protocol and also encompasses additional substances.