Cooling down with sustainable ice cream 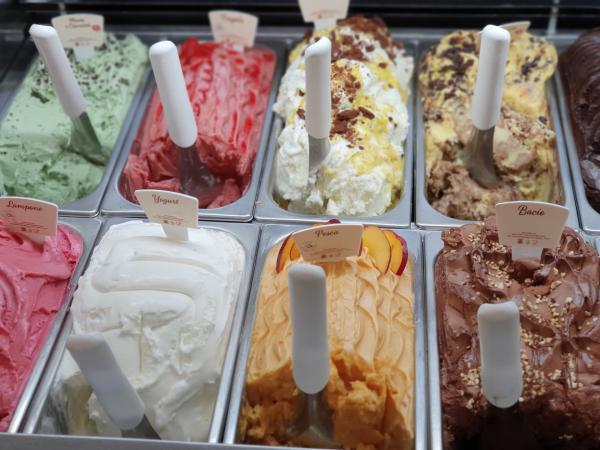 On a hot summer’s day, few things are better than enjoying a refreshing ice cream. But most gelato machines use Hydrofluorocarbon (HFC) refrigerants that contribute to global warming and cause around 8% of global greenhouse gas emissions. Will we ever be able to indulge in our guilty pleasure with a clear green conscience? Thanks to the LIFE ICEGREEN project, the answer is yes.

To do away with these harmful gases, the EU in 2006 introduced a law called the F-gas regulation. The law, which was updated in 2015, seeks to reduce HFC emissions by two-thirds by 2030. And it states that by 1 January 2022, the global warming impact of all ice cream machines and other chillers in the EU will need to be cut significantly.

The law encourages the use of green technologies and this will create jobs, helping the EU recover from the Covid-19 pandemic. It also supports the continent in meeting the ambitious targets set out under the European Green Deal.

The team at ICEGREEN is helping Europe meet these targets by reducing the negative impact its ice cream machines have on the environment while creating new jobs in the process.

Instead of HFCs, the project’s partners are using an alternative refrigerant called propane. Using this gas can cut emissions from ice cream machines by nearly 100%.

‘One kilogramme of HFC is equivalent to the emissions from a car that has travelled around 40 000 kilometres. Propane is an excellent and clean alternative. But to use it, our ice cream machines must be redesigned to ensure quality and safety,’ says ICEGREEN project coordinator Walter Procuranti.

The team has already built several prototypes, which they are currently testing. These machines not only have little environmental impact; they are also made of recyclable materials. With their cutting-edge motors, energy consumption is down by 40%. And they use less water and reduce waste by only producing the daily amount of ice cream required for sale.

The team has presented the new prototypes to retailers and distributors at various trade shows across Europe and beyond.

‘An independent institute is currently certifying our entire range of domestic and commercial machines. They will be on the market from 1 January 2021,’ adds Walter.

To encourage interest in the new product range, the team has come up with the ICEGREEN CORNER business concept. The idea is that entrepreneurs from ice cream shops, confectioners, and coffee shops will be able to test the new products in order to use them on their own premises. The limited investment compared to setting up an entire ice cream shop, coupled with the machines’ low carbon footprint and their small size, is expected to attract start-ups.

All going well commercially, Walter hopes that 30 new jobs will be created by 2023.