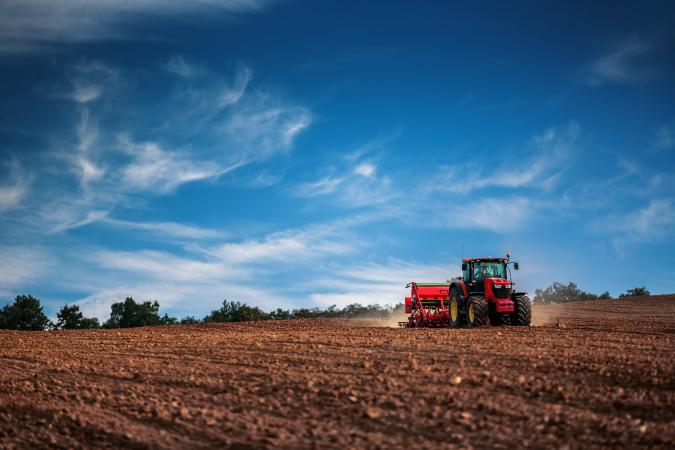 The European Commission is standing by Europe's farmers this summer, as they grapple with the difficulties of extreme droughts. Farmers will be able to receive their direct and rural development payments in advance and will be granted more flexibility to use land that would normally not be used for production, in order to feed their animals.

The ongoing and prolonged drought situation in several EU countries is having a significant impact on the production of arable crops, as well as animal feed which could also have an impact on animal welfare. In addition, the reduction in the level of animal feed is having a particular impact on the income of livestock farmers, as this will increase their input costs if there is a shortage of fodder later in the year.

Commissioner for Agriculture, Phil Hogan, said: "I am very concerned about these prolonged climatic developments. I have been in contact with a number of ministers from affected countries to discuss the situation and get up-to-date assessments of its impact. The Commission, as always, is ready to support farmers affected by drought using a number of instruments, including higher advance payments, derogations from greening requirements and state aid. The Common Agricultural Policy already provides a safety net for farmers who have to deal with unpredictable events. I am encouraging all Member States to look into all possible actions and measures provided for in our legislation."

Two specific decisions have been taken to help farmers deal with droughts, in addition to support under the existing Common Agricultural Policy legislation:

Existing support under the CAP

Under existing agricultural state aid rules, aid of up to 80% of the damage caused by drought (or up to 90% in Areas of Natural Constraint) can be provided, subject to certain specific conditions. The purchase of fodder can qualify for aid as either material damage or income loss.

Compensation for damage can also be granted without the need to notify the Commission (the so-called "de minimis aid"). Member States may grant aid of up to €15 000 per farmer over three years.

With regards to Rural Development, a range of possibilities is provided for in the current CAP legislation:

Member States have the possibility to modify their rural development programme once a year to include one of the measures set out above.

In addition to these measures and the continuous monitoring of the drought situation and its impact with European satellites, the Commission is in contact with all Member States to receive updated information of the impact of the spring and summer drought on their farmers. The information, which is requested by 31 August, will be used to assess the adequacy and appropriateness of the Commission's response and to inform any decisions about the modification of the measures already taken or in relation to any additional measures which may be considered appropriate.