Ammonia emissions from agriculture continue to pose problems for Europe 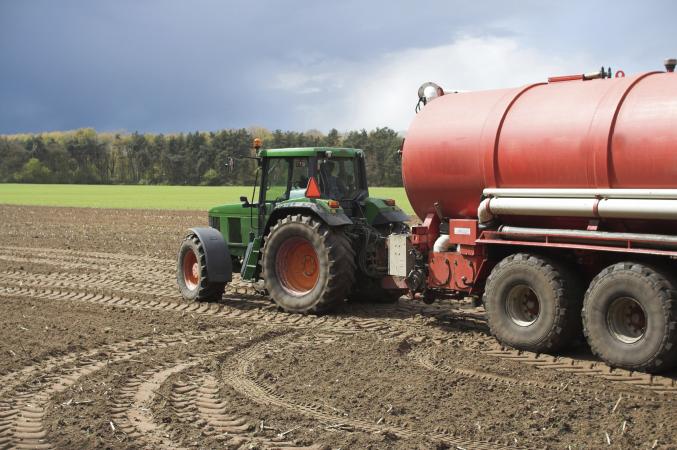 While emissions of most air pollutants remain on a downward trend across the European Union, emissions of ammonia from the agricultural sector continue to rise, posing a challenge for EU Member States in meeting EU air pollution limits, according to updated data released by the European Environment Agency (EEA).

Emissions of Ammonia (NH3) rose for the fourth year running, increasing by 0.4% across the EU, from 2016 to 2017, according to the annual EEA briefing ‘National Emission Ceilings (NEC) Directive reporting status 2019’ . Over the 2014-2017 period, the overall increase was about 2.5%. These increases are because of the lack of emission reductions in the agricultural sector. Ammonia emissions can lead to increased acid depositions and excessive levels of nutrients in soil, rivers or lakes, which can have negative impacts on aquatic ecosystems and cause damage to forests, crops and other vegetation. Eutrophication can lead to severe reductions in water quality with subsequent impacts including decreased biodiversity, and toxicity effects.

In 2017, the most recent year for which data were reported, total emissions of the four main air pollutants nitrogen oxides (NOx), non-methane volatile organic compounds (NMVOCs), sulphur dioxide (SO2) and ammonia – were below the respective ceilings set for the EU as a whole. While 21 EU Member States were in compliance with the ammonia emissions ceiling in 2017, six (Austria, Croatia, Germany, Ireland, the Netherlands, and Spain) were not and an increasing number of Member States are projected to miss their 2020 and 2030 emission reduction commitments. The EEA briefing notes that a more substantial reduction will be required for all pollutants if the EU is to achieve its emission reduction commitments for 2030.

The EEA briefing also includes an update of projected emissions reported by EU Member States for 2020 and 2030 under the NEC Directive in relation to their individual reduction commitments set in the NEC Directive for these years. Reductions of around 15% are required for NMVOC and ammonia, more than 30% for particulate matter (PM2.5) and sulphur dioxide, and almost 40% for nitrogen oxides.

The briefing presents progress made by the EU and its Member States in meeting the emissions ceilings that are applicable since 2010 and which are set out in the NEC Directive (2016/2284/EU). The EU legislation restricts emissions for four key air pollutants from 2010 onward; nitrogen oxides (NOx), non-methane volatile organic compounds (NMVOCs), sulphur dioxide (SO2), and ammonia (NH3), and also from 2020 for fine particulate matter (PM2.5). The analysis is based on the latest air pollutant emission inventory data for the period 2010-2017, as reported by EU Member States in February 2019. The briefing also provides an assessment of the projected emissions reported by Member States for 2020 and 2030.

A separate EEA report on updated data from the annual European Union emission inventory report 1990-2016 under the UNECE Convention on Long-range Transboundary Air Pollution (LRTAP) will be published in the coming months.