More people have access to electricity than ever before, but the world is falling short of its sustainable energy goals 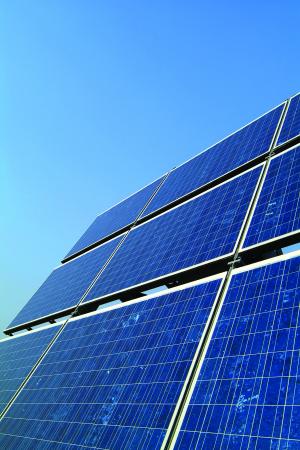 A substantial further increase of renewable energy is needed for energy systems
to become affordable, reliable and sustainable, focusing on modern uses

Despite significant progress in recent years, the world is falling short of meeting the global energy targets set in the United Nations Sustainable Development Goals (SDG) for 2030. Ensuring affordable, reliable, sustainable and modern energy for all by 2030 remains possible but will require more sustained efforts, particularly to reach some of the world’s poorest populations and to improve energy sustainability, according to a new report produced by the International Energy Agency (IEA), the International Renewable Energy Agency (IRENA), the United Nations Statistics Division (UNSD), the World Bank and the World Health Organization (WHO).

Notable progress has been made on energy access in recent years, with the number of people living without electricity dropping to roughly 840 million from 1 billion in 2016 and 1.2 billion in 2010. India, Bangladesh, Kenya and Myanmar are among countries that made the most progress since 2010. However, without more sustained and stepped-up actions, 650 million people will still be left without access to electricity in 2030. Nine out of 10 of them will be living in sub-Saharan Africa.

Tracking SDG7: The Energy Progress Report also shows that great efforts have been made to deploy renewable energy technology for electricity generation and to improve energy efficiency across the world. Nonetheless, access to clean cooking solutions and the use of renewable energy in heat generation and transport are still lagging far behind the goals. Maintaining and extending the pace of progress in all regions and sectors will require stronger political commitment, long-term energy planning, increased private financing and adequate policy and fiscal incentives to spur faster deployment of new technologies.

The report tracks global, regional and country progress on the three targets of SDG7: access to energy and clean cooking, renewable energy and energy efficiency. It identifies priorities for action and best practices that have proven successful in helping policymakers and development partners understand what is needed to overcome challenges.

Here are the key highlights for each target. Findings are based on official national-level data and measure global progress through 2017.

Access to electricity: Following a decade of steady progress, the global electrification rate reached 89 percent and 153 million people gained access to electricity each year. However, the biggest challenge remains in the most remote areas globally and in sub-Saharan Africa where 573 million people still live in the dark. To connect the poorest and hardest to reach households, off-grid solutions, including solar lighting, solar home systems, and increasingly mini grids, will be crucial. Globally, at least 34 million people in 2017 gained access to basic electricity services through off-grid technologies. The report also reinforces the importance of reliability and affordability for sustainable energy access.

Clean cooking: Almost three billion people remain without access to clean cooking in 2017, residing mainly in Asia and Sub-Saharan Africa. This lack of clean cooking access continues to pose serious health and socioeconomic concerns. Under current and planned policies, the number of people without access would be 2.2 billion in 2030, with significant impact on health, environment, and gender equality.

Renewables accounted for 17.5% of global total energy consumption in 2016 versus 16.6% in 2010. Renewables have been increasing rapidly in electricity generation but have made less headway into energy consumption for heat and transport. A substantial further increase of renewable energy is needed for energy systems to become affordable, reliable and sustainable, focusing on modern uses. As renewables become mainstream, policies need to cover the integration of renewables into the broader energy system and take into account the socio-economic impacts affecting the sustainability and pace of the transition.

Energy efficiency improvements have been more sustained in recent years, thanks to concerted policy efforts in large economies. However, the global rate of primary energy intensity improvement still lags behind, and estimates suggest there has been a significant slowdown in 2017 and 2018. Strengthening mandatory energy efficiency policies, providing targeted fiscal or financial incentives, leveraging market-based mechanisms, and providing high-quality information about energy efficiency will be central to meet the goal.

“We need to do more to put the world on track to meet all SDG7 targets. I am particularly concerned by the dramatic lack of access to reliable, modern and sustainable energy in certain parts of the world, especially in sub-Saharan Africa, a region where we need to really concentrate our efforts. The IEA will continue to cooperate with countries and organizations to make sure that successful solutions are efficiently deployed so that the sustainable energy revolution leaves no one behind.”

“The progress we have seen over the last few years is encouraging- the number of people without access to electricity has dropped to 840 million- but we still have a great deal of work to do as much of this population lives in the poorest countries and most remote locations. Over the last five years the World Bank has committed $5 billion to access programs, whether it is on- or off-grid, and we will continue to scale up. The successes in several countries in Africa and Asia show the way. This report demonstrates the importance of sound planning, integrating grid and off-grid approaches, a focus on affordability and reliability, and addressing gender inequalities.”

- Riccardo Puliti, Senior Director for Energy and Extractives at the World Bank

“Renewable energy and energy efficiency are key to sustainable development, enabling energy access, spurring economic growth, creating employment and improving health. We can extend the energy transition to all countries and ensure that the benefits reach the most vulnerable communities. IRENA will strengthen engagement with our Membership and key partners to facilitate on-the-ground solutions to build a sustainable energy future for the benefits of all humankind.”

“This report shows the progress achieved so far on SDG7 using comprehensive data compiled by the five collaborating international agencies. Despite the advancements towards Goal 7, progress is insufficient to meet the 2030 Agenda’s energy-related goals and targets. This is especially true for developing countries, least developed countries, landlocked developing countries, and small island developing States. Moreover, gaps in official statistics abound for these countries, and they need investments in energy statistical systems to obtain better data to inform policy accurately and drive sustainable development.”

“Around 3 billion people lack access to clean cooking solutions and the progress is too slow to achieve the universal access goal, by 2030. This poses a big threat to health and exacerbates inequality, especially towards women and children. Targeted actions should be taken to prevent some 4 million deaths per year particularly from pneumonia, heart disease, stroke, lung disease and cancer, attributed to household air pollution. Although challenging, fast progress can be achieved through political and financial commitment towards expanding access to reliable and affordable supply of clean cooking solution.”

It is the fourth edition of this report, formerly known as the Global Tracking Framework (GTF). This year’s edition was chaired by the International Energy Agency.

The report can be downloaded at http://trackingSDG7.esmap.org/ Funding for the report was provided by the World Bank’s Energy Sector Management Assistance Program (ESMAP).